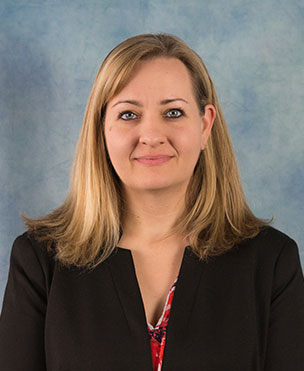 Ms. Masin began her legal career as a Deputy State Public Defender in Greeley, Colorado, where she gained extensive courtroom and trial experience while representing clients charged with a variety of offenses, from driving under the influence to attempted murder. Since her return to Virginia in 2013, Ms. Masin has been a litigation associate at private law firms, practicing in a variety of legal areas.

Ms. Masin was born in Fairfax, Virginia. She graduated from the University of Virginia with a B.A., and received her Juris Doctor from the Emory University School of Law. During law school, Ms. Masin was a Notes and Comments Editor for the Emory Bankruptcy Developments Journal. Her article, “The Patient Care Obudsman: Taking Cost out of Patient Care Considerations” was selected for publication, and can be found at 26 Emory Bankr. Dev. J. 91 (2009). Ms. Masin was a recipient of the Dean’s Public Interest Award, the Pro-Bono Medal, and was an EPIC Grant recipient for two years. As a law student, Ms. Masin completed internships with the Georgia Innocence Project, Centers for Disease Control (CDC), Alexandria Public Defender, and Dekalb Public Defender.

Ms. Masin has been admitted to the Virginia Bar, District of Columbia Bar, Colorado Bar, and Eastern District of Virginia.